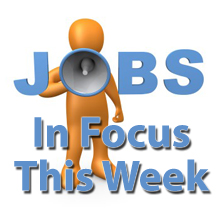 But don’t expect for rates to improve again this week, however. Last week’s gains were the result of extremely low trading volume and a close-out of 2010 mortgage bond positions. With markets re-opened for 2011, and Wall Street back at full volume, mortgage rates may resume rising.

There will be a lot of data and information on which for mortgage bonds to trade, too.

The week starts with a growth report from the U.S. manufacturing sector. The Institute for Supply Management’s monthly report has shown improvement over 16 straight months, and Monday’s report is expected to show the same. Because manufacturing is key in U.S. economy, a stronger-than-expected value could send stock markets higher, and mortgage rates, too.

Then, Tuesday, the Federal Reserve releases the minutes from its December meeting. There won’t be policy changes transcribed in the minutes, but Wall Street will scrutinize its pages for clues on the economy. A bullish bias from the Fed will push rates higher. A bearish bias will drag rates lower.

And lastly, Friday, the government will release its Non-Farm Payrolls report for December. This is a major market-mover because of how closely jobs are tied to the economy overall. Plus, Fed Chairman Ben Bernanke speaks Friday — another risk to mortgage rates.

The gravity of this week’s economic releases and speeches should make shopping for a mortgage difficult. Stay in close touch with your loan officer about mortgage rates and how they’re moving. And if you see a rate you like, lock it.

There’s no promise rates will ever go lower.