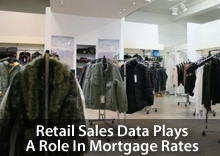 Data was sparse through 2010’s first trading week last week, setting the stage for a week of momentum trading.

Rates improved Monday and Tuesday as an oversold market corrected itself to better price points. Then, in anticipation of the December jobs report, rates worsened Wednesday and Thursday. Friday, after the jobs report was released, pricing proceeded to carve out a huge range before settling unchanged.

On average, lenders issued new rate sheets every few hours last week. It was a difficult week to shop for mortgages.

Unfortunately, this week doesn’t figure to be much better.

For the second straight week, the economic calendar is bare. Traders — like last week — will be forced to rely on “gut feel” to make their trades. That rarely bodes well for shoppers. Especially because traders are facing a mortgage market in the midst of a terrible losing streak.

To a homeowner or rate shopper , the math of 300 basis points looks like this:

1 point is equal to 1 percent of your loan size.

Last month’s worsening is the worst 1-month deterioration in consumer mortgage rates from all of 2009.

If you’re hoping for rates to fall back to early-December levels, know that it is possible. For this week, here’s some things that could push rates in the right direction:

Be ready to lock at a moment’s notice this week. Rates may rise or fall, but markets are positioned toward the former.That’s where momentum is pointing as of the Market Open today.

Keep an eye on rates and your loan officer on speed dial. Once the mortgage market starts breaking, it’s expected to break quickly.