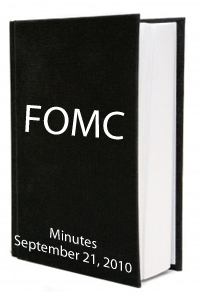 It’s unwelcome news for this season’s home buyers, and existing homeowners with plans to grab lower rates. Mortgage rates made new lows last week and may have reached a turn-around point.

The “Fed Minutes” is published 8 times annually, and is the official meeting recap for the Federal Open Market Committee. Similar to the meeting minutes released after a corporate conference or condo association gathering, the Fed Minutes details the conversation and debate between meeting attendees.

Minutes are the lengthy companion to the Fed’s brief, post-meeting press release.

Because of its content, the Fed Minutes is closely read by Wall Street and economists. It’s insight into the talk that shapes our nation’s monetary policy and, within the text, there’s often clues about the Fed’s next move.

The over-riding theme within the minutes was that the U.S. economy is growing a steady pace, albeit slower than what’s optimal. The Fed is prepared to push things along if the economy slows further and news like that is helping stock markets.

For now, mortgage rates hover near all-time lows.  If you haven’t locked a mortgage rate yet, your window may be closing.  Once the economy turns around for certain, mortgage rates will be among the first of the casualties.