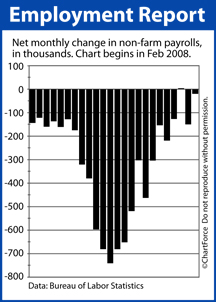 Mortgage rates are now at their lowest levels since early-February.

In addition, both the Case-Shiller and Home Price Indices showed a slight pullback in the housing sector.

The impact of these statistics was muted, however. This is because Fed Chairman Ben Bernanke gave his semi-annual outlook to Congress and markets focused more on the chairman verbiage than hard data, looking for clues about the future of Fed policy.

Bernanke stayed on message — the Fed Funds Rate will stay low for an extended period of time.

Mortgage rates were also helped by a strengthening U.S. dollar and demand for U.S.-denominated bonds. When demand for mortgage-backed bonds is strong, mortgage rates fall.

Other important data this week include Personal Consumption Expenditures — the Fed’s preferred inflation gauge — plus the Fed’s Beige Book release. Mortgage rates remain in flux so float with caution.

Mortgage rates look good today, but by Friday, they could be much, much worse.