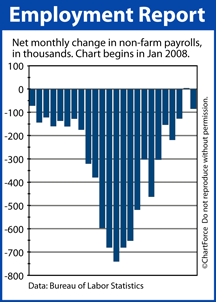 Usually, events like these draw money away from the bond markets and into the stock markets and Wall Street preps for better corporate earnings. The movement pressures mortgage rates to rise.

Last week, however, different stories trumped the headlines including a report from Standard & Poor’s that said U.K. banks are no longer counted among the world’s most stable. This research, in particular, triggered a flight-to-quality among investors that pumped the U.S. dollar and sparked new demand for mortgage bonds.

It’s one reason why we ended the week on a rally and it just goes to show how unpredictable mortgage rates can be.

This week figures to be a challenge, too.

First, we start the week with key inflation data. When inflation runs hot, it’s usually bad for mortgage rates. Inflation is expected to be tame, however — a point the Fed made several times in its press release last week. That said, inflation data is closely watched by markets and can make a big impact on rates.

Then, on Wednesday, ADP releases its private sector job report. The ADP data is a precursor to the government’s own Non-Farm Payrolls report which is due to hit Friday. ADP is expected to show a net loss of roughly 85,000 jobs. Depending on where the actual numbers comes in, mortgage rates could wiggle a bit.

If the ADP report shows much fewer than 85,000 jobs lost, expect mortgage rates to rise. The same is true for Friday’s job report. A miss on expectations will cause mortgage to ratchet higher.

Since peaking on the last day of December, mortgage rates took a slow, steady descent through January. They’ve have taken back close to two-thirds of December’s overall losses. This week, rates could fall some more, or they could bounce back up. The most prudent time to lock would be prior to Tuesday’s closing.

After that, the respective jobs reports will take over and rates could go either way with force.